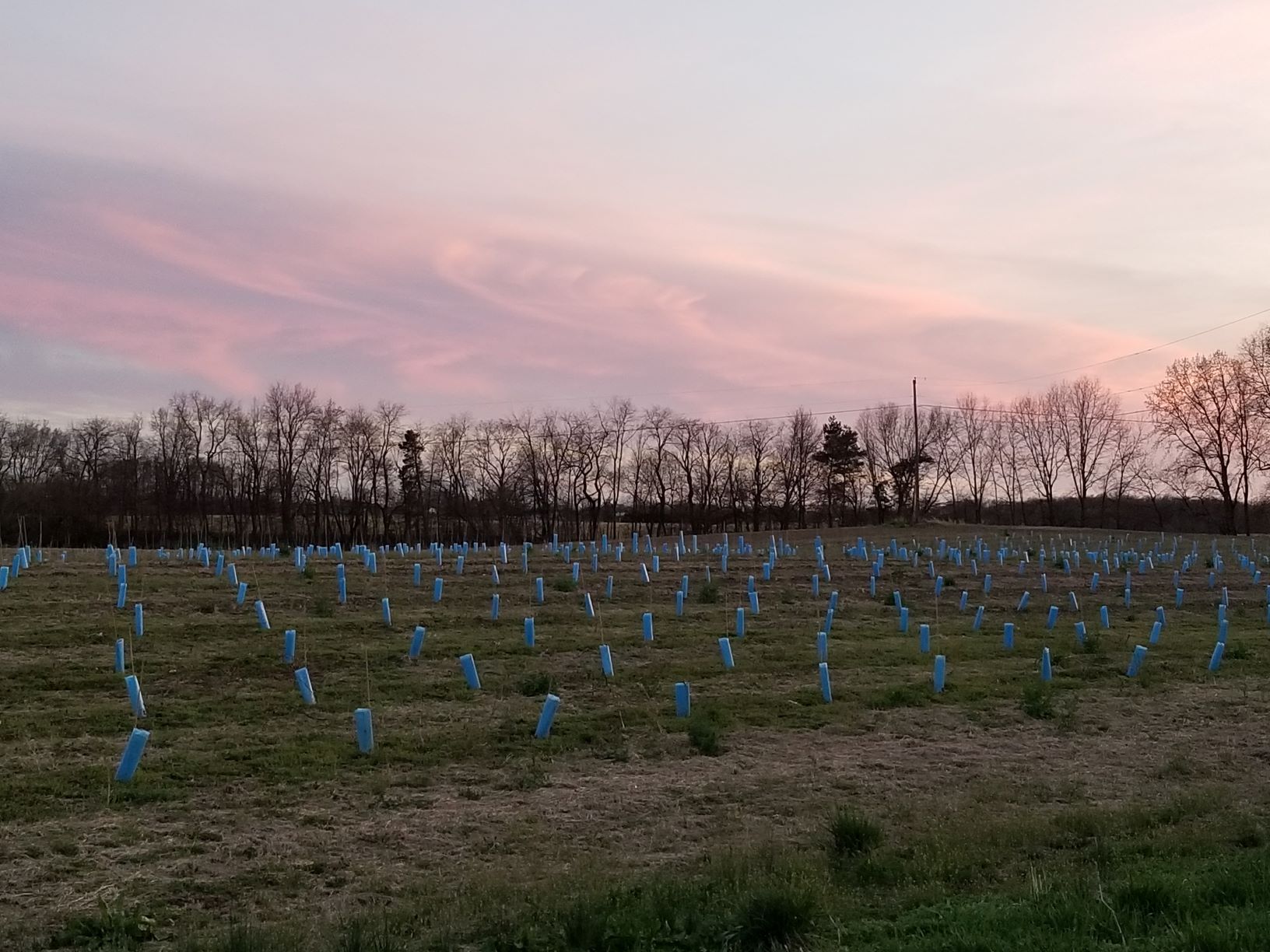 I am writing this blog on my daughter, Sophie’s, 21st birthday. The vineyard on our farm in Lawton is named “Sophie’s Vineyard” after her because it was planted in 1999, the year Sophie was born. Today I am reminded of so many memories of Sophie’s upbringing but, also of the vineyard.

After finishing my PhD in grapevine physiology at MSU, I took a job with St Julian to teach the growers how to grow wine grapes to improve the fruit quality. I wanted to use my own vineyard as a demonstration plot to show the steps of canopy management, crop estimation and adjustment and the nuance of producing top quality wine grapes. I decided that I would plant only vinifera vines when I made the first planting here to show growers how to use VSP (Vertical Shoot Positioned) trellising to grow high quality vinifera.

The two varieties I chose were Riesling and Cabernet franc because both exhibited the greatest cold hardiness among vinifera and both made excellent wines in cool climates like ours. I did a lot of work at MSU evaluating clones of different varieties and had a chance to visit the two, major grapevine science schools in Germany: Geisenheim and Geiweilerhoff.  Both were recommending clone 239, 198 and 110 for vineyards in the Rhine and Mosel River valleys. Those clones were known for producing aromatic wines with good acidity, balance and aging potential. So I used those 3 clones for our Riesling planting, all on low-vigor C 3309 rootstock. At the time, there was only one clone of Cabernet franc available in the US so that’s what I used, also on C 3309 rootstock.

The vines produced their first fruit in 2001 and I remember some growers telling me that, “it costs too much to grow vinifera like that”. I stayed the course and produced my grapes. We harvested in October and made wine from the fruit. It was the best Riesling St Julian ever had that was made from local grapes. I didn’t hear any more complaining from growers but I did see a change to either VSP or Scott Henry trellising. Another viticulturist in southwest Michigan was advocating for the Scott Henry trellis because it could produce large yields of good quality fruit under the right circumstances. But most southwest Michigan vinifera vineyards did not have the right conditions so when growers used the Scott Henry trellis they over-cropped their vines much of the time. It was frustrating because I knew how good the fruit could be if the vines were balanced. We had proved that with the fruit from my vines. There were a couple of growers who wanted to produce high quality rather than quantity so we worked together and showed what could be done with the right clones, on the right trellis, here in southwest Michigan. It amazes me that there are still growers who argue that high yields of high quality are possible. That may be true occasionally but, the proof is in the glass. And we know that the best wines in the world come from naturally low-yielding vines.

Now most of my vines are 21 years old. I had to replant about 20% of them after the 2014 and 2015 polar vortexes. We will replant about 8% of the vines after the 2019 polar vortex. The wines are well balanced and aromatic, just as they are on the Rhine River or in Bordeaux where Cabernet franc is grown. As the saying goes, Wine is Made in the Vineyard. I hope you have a chance to taste what Sophie’s Vineyard has made for us.